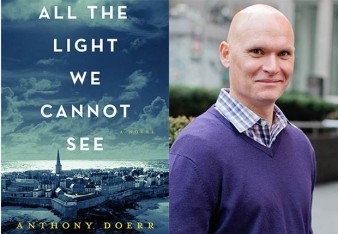 Not sure if I picked up too many WW II novels this year or if there has been a spate of them on the 70th anniversary of its end.  The setting is the same as ‘The Plum Tree’ and ‘The narrow road to the deep north’ but it is unique in that it traces the lives of two characters on the either side – a German boy and a French Girl in what the war does to their lives.  The canvas is bigger than just the war though.  The girl is blind, has a supportive father and a recluse grand uncle.  There is also a stone – a diamond – that is hunted by a German sergeant.  The German side is written very well – the slow indoctrination, the shutting to the outside world and the shame of the loss is captured very well.  The book is written beautifully, paced well and moves purposefully towards a fitting finale.

Clearly the worst written novel I have read in a long while.  The writing is so atrocious that it made me cringe every two pages.  Plenty of adverbs that are not needed, clichéd phrases and sentences that don’t make any sense.  The story, you ask?  Not too bad.  A simple love story.  Ravin (the author seems to be an egomaniac) falls in love a second time but it fails again (as in the first book – a best seller based on his own life story) and he goes into a depression.  So what does this mean?  The Indian audience doesn’t care about the quality of writing at all?  The first novel was a big best seller!  Perhaps not – the emotional love stories still work – particularly if they are real-life.  The only saving grace for me was the portion of Ravin and Simar falling in love in Belgium.  There is something about young love – the courtship period – that strikes a chord somewhere and those scenes worked well.  But it’s the shoddy writing (and the editor doesn’t seem to have done much) that ruins it all.